Spain, stretching from the Pyrenees to the Mediterranean and then the Atlantic, is more diverse than stereotypes suggest. Although paella and bullfighting are both Spanish, neither defines the Iberian nation. In Spain you will be exposed to a much wider range of cultures than you might think. Discover Catalan culture and the strange architecture of Antoni Gaud in Barcelona. Try pintxos, a Basque variant of tapas, in the northwest, and explore Andalusian Moorish architecture in the south.

Granada is the seat of the province of Granada and is located in southern Spain at the foot of the Sierra Nevada mountains. Granada is a medium-sized city with a wonderful mix of exceptional sites, traditional customs and lively nightlife. The Alhambra is a masterpiece of Moorish architecture that encompasses Andalusian history and is one of Europe’s great architectural marvels and is its most famous attraction. 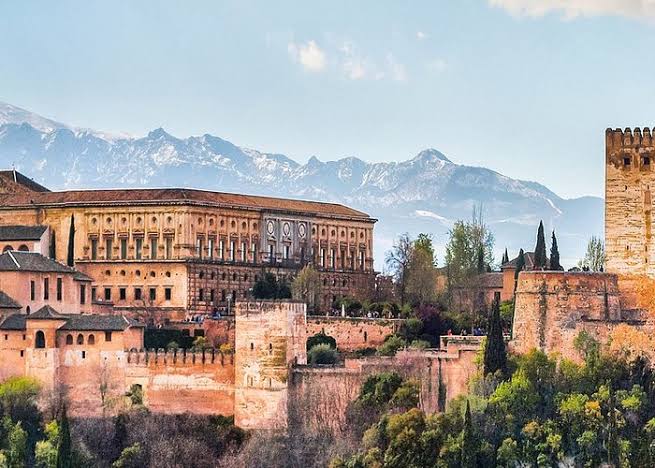 Barcelona in northern Spain is a popular tourist destination as it has everything tourists want in a European city, from historic architecture and active shopping to vibrant culture and vibrant nightlife. Ciutat Vella, or the old town, is Barcelona’s main attraction. Visitors flock to the Gothic Quarter, which is home to beautiful medieval churches, Roman ruins, and cobblestone roads lined with outdoor cafes and restaurants. Majorca, the largest of Spain’s Balearic Islands, is encircled by the Mediterranean Sea and is dotted with jagged cliffs, quiet coves and gorgeous beaches. The island, which has long been a popular tourist destination, is blessed with a warm and inviting atmosphere as well as breathtaking scenery. Its beautiful coastline is lined with seaside towns and resorts, while its mountainous interior is home to ancient hilltop monasteries and peaceful villages. Madrid, the capital and largest city of Spain, is renowned for its vibrant nightlife. The city is diverse in ethnic groups, making it one of the most colorful cosmopolitan cities in Europe. It is home to a number of universities. Madrid is a beautiful city with a mix of old and new structures. The capital is divided into several areas, each with its own character and attractions, ranging from old neighborhoods to aging settlements, university areas, multicultural neighborhoods and party scenes. Seville is southern Spain’s premier tourist destination, with outstanding sights, lively festivals and thriving nightlife. Seville is the financial and cultural center of Andalusia, as well as the capital of the region. The great Cathedral of Seville, where it is claimed that Christopher Columbus is buried, is one of the most beautiful and important historical monuments in Seville. Keep reading IWMBuzz.com for more such updates on your favorite celebrities.