For fans of the FC Barcelona football team, it is almost a sacred place: Camp Nou, the â€œnew pitchâ€, which was called Estadi del Futbol Club Barcelona until 2001. It is the pitch home of their team and responsible for the emergence of a whole series of world-famous footballers: Lionel Messi, AndrÃ©s Iniesta, Xavi, Gerard PiquÃ©, Pep Guardiola – they have all become big names here.

There have been many reasons to celebrate at Camp Nou in the past. For decades Barca have been one of the most successful teams in Europe.

A must for football fans and tourists alike

It is therefore not surprising that even on days when there is no match, a long line usually already forms in front of the main entrance of the stadium in the early hours of the morning. Alongside the Sagrada FamÃ­lia, Parc GÃ¼ell and the Picasso Museum, Camp Nou is part of every tourist visit to Barcelona. It’s not just an ordinary stadium, not just a soccer field – it’s more of a place of pilgrimage for soccer fans around the world. And they see a lot of it on a tour of Europe’s largest stadium. There is room for almost 100,000 people on the terraces of Camp Nou, and after a planned conversion, there should even be room for a few thousand more.

Even though many fans can only dream of full stadiums right now due to the coronavirus pandemic, the Camp Nou is still worth a visit. At least that’s how DW reporter Hendrik Welling feels. For the football enthusiast, a childhood dream came true when he was allowed to peek behind the scenes of the stadium for the ‘Europe to the Maxx’ series on lifestyle and culture magazine. DW “Euromaxx”. Join him on his visit to Camp Nou in our video. 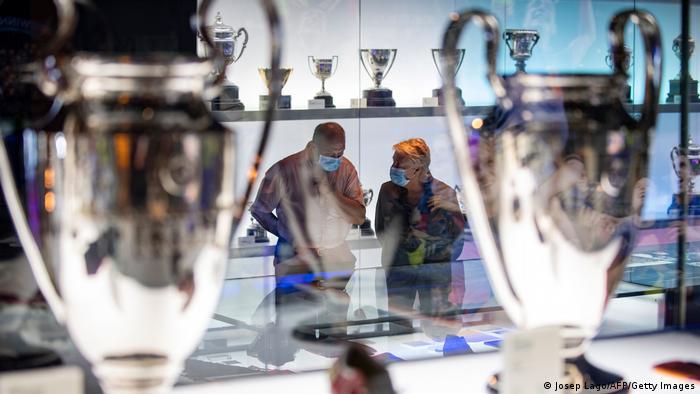 Trophies as far as the eye can see: the FC Barcelona museum presents the rewards of the Spanish record champion.

Inside the stadium is also the FC Barcelona museum. Here, visitors can marvel at the club’s various trophies and completely succumb to the cult of Messi and co. You can also see the commentators’ boxes, visiting team changing rooms and the coaches bench nearby on a guided tour. Finally, visitors can – at least almost – feel like a true football star themselves, as they walk through the player tunnel and enter the stadium. 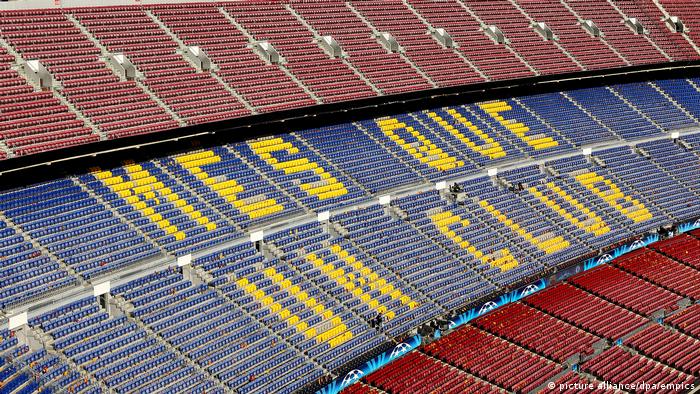 “MÃ©s que un club” – more than a club – is the motto of FC Barcelona. For many fans, the club is part of their identity.

That the cult of football at Camp Nou has long since taken on an otherworldly character is demonstrated in particular by FC Barcelona’s plans for a ballot box in the stadium. In the future, around 30,000 fans could find their last home there and thus show their loyalty to the club even after their death. This seems like the only logical next step for the temple of football that is Camp Nou.

Getting There : From downtown Barcelona by metro (line 3 to Collblanc, or line 5 to Les Corts); buses and trams also stop nearby

Hours: Guided tours every day except on match days, on December 25 and January 1; the museum is also open on match days

Special tip: Just a few meters from Camp Nou you will find La Masia, FC Barcelona’s youth academy. Messi, Xavi and Iniesta among many others started their careers in this lovely historic building.

Europe to the extreme: the series “Europe to the Maxx” on the DW lifestyle and culture magazine Euromaxx makes the superlatives of Europe experimentable – from extraordinary architecture and spectacular landscapes to unique cultural phenomena. Accompanying the series, the book 111 extreme places in Europe not to be missed was published in cooperation with Emons Verlag. It’s an informative and entertaining alternative travel guide for avid travelers, fans of Europe, and anyone who likes to show off with unusual pub quizzes. Full of guaranteed records!