Young #NextGenATP Timofey Skatov made his breakthrough on the ATP Challenger Tour last week, when he won his first Challenger trophy in Parma, Italy.

The 21-year-old beat Slovakian Jozek Kovalik 7-5, 6-7(2), 6-4 in the Parma Challenger final to become the first Kazakh Challenger champion this season. Skatov has reached at least the semifinals in four of his last five Challenger tournaments and the title in Italy lifted him to a career-high 152nd in the Pepperstone ATP rankings.

ATPTour.com spoke to Skatov after his title to find out more about the rising star.

Timofey, congratulations on winning your first Challenger title. Can you describe your emotions?
I was really happy when I won the tournament, I didn’t even expect to win it. I’ve played in only one Challenger final before and lost it. This one was a bit surprising to me. Maybe because of that, I was happier because when you go through tough times and finally win a Challenger, it feels good.

The final lasted a little over three hours, were you nervous?
I was more or less good, I felt nervous but I was also confident because the last matches I was playing well. I was comfortable on the court. There were difficult moments, especially in the first set, I was 5-0 and then suddenly it was 5-4. Of course I was nervous, in a three hour game you get tense.

What’s the most important thing you’ve learned going up to the Challenger level?
Hard work always pays off. Especially this summer, it was hard for me, I lost a lot of first laps. But I always believed in myself. But then I got some wins which gave me confidence and I just know you have to work, no matter if you win or lose you always have to keep the same attitude.

Did your success surprise you?
I felt I was playing well and I was getting closer to a final. A few times in the semi-finals, I was like, ‘Okay, that’s really good’. But in my last semi-final, I said: ‘Now the semi-final is not enough! The goal is to go all out!’ In the end, I played very well for a month and at the end of these few tournaments, I won. 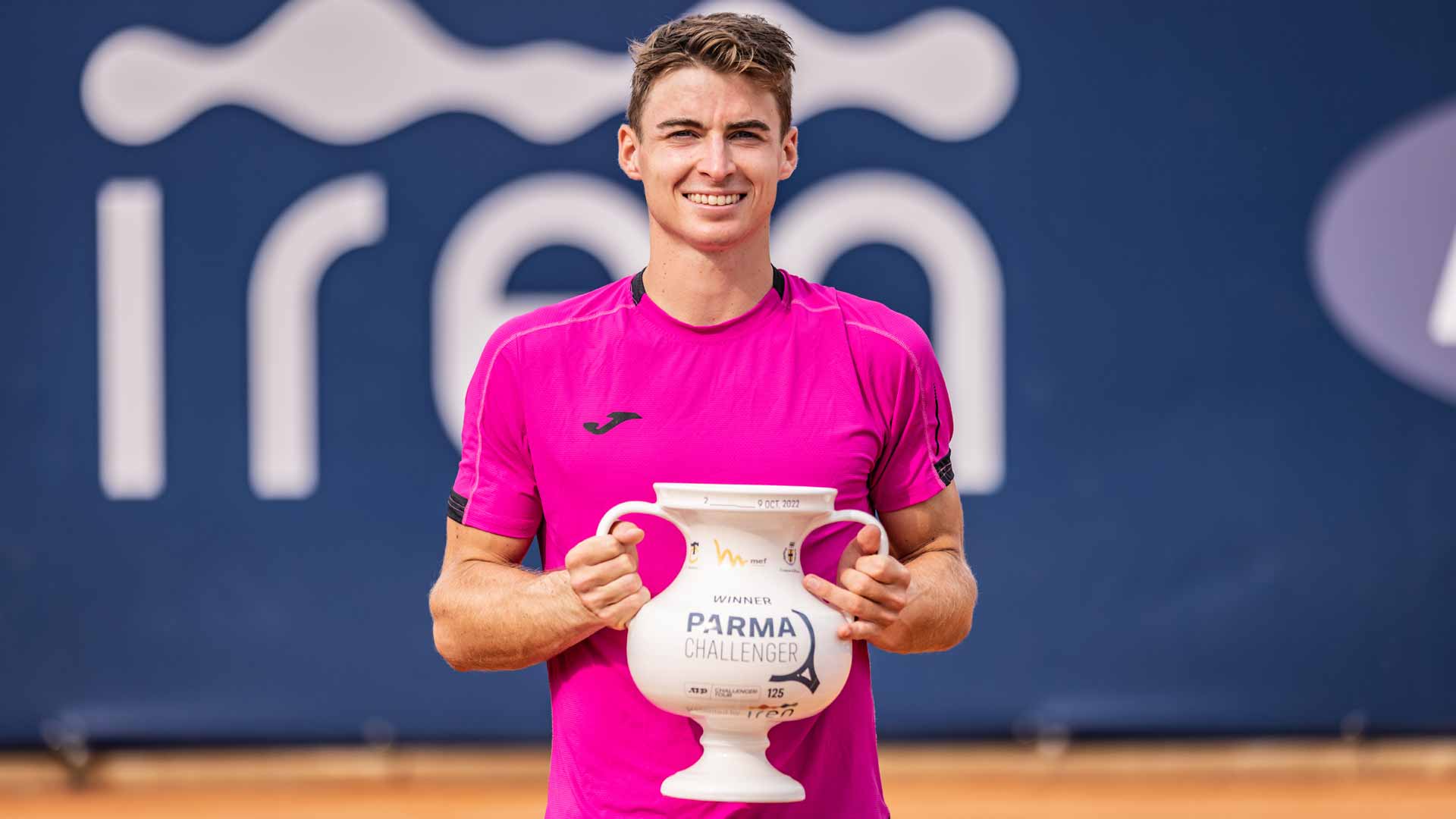 Are you approaching the Top 150, was that a goal at the start of the year?
When I started the season, I didn’t think about it at all. So, two months ago, I said to myself: ‘It would be nice to finish the season in the Top 150!’ I was thinking about it a bit and I think it also helps me realize what I need to do to get to this point. It’s kind of funny that I’m at 152, the jump is close and I still have a lot of tournaments to work on.

How would you describe your game?
Before I started training at the Lozano-Altur Tennis Academy in Valencia, Spain, I trained in Russia, I played with Russian players and we played like crazy, where you do everything you have on your mind. Then I moved to Spain, where I started working with my coach, Jose Altur. He gave me some rules, like the basics that I have to use, and in the last three years I really got to know them.

Now I try to mix what I had in my youth and what I learned in Spain, with a little more control. Many times I play differently, I run a lot, I like it, sometimes it’s funny. It’s a mix of everything but I’m sure I’m not a big server.

How important do you think the ATP Challenger Tour is?
It’s kind of a transition tour, from the ITF to the ATP. First you get the experience, then you also see how strong you are. The Challenger Tour is a bit like college, if you pass it, you enter “real life”.

What is your greatest passion outside of tennis?
I used to say football but now I don’t have much time, it’s really hard to say. I like fashion things, like clothes and shoes. If I have the opportunity in the big cities, I like to go shopping.

Is there a time when you think back to where you realized you wanted to be a professional tennis player?
First, when I was around 12, it was time to choose between more school and tennis. And then the first time I went to the USA to play the Junior Orange Bowl tournament, I was really surprised to see a lot of players playing much better than me. After that, I sat down with my parents and my coach and said, ‘Okay, I like tennis and I don’t like school!’

When I moved to Spain at 17, that was the time I had to get away from home and become more like a man, and take on more responsibilities myself, like start training and to work harder than I was.

You said Roger Federer was your idol. What was your reaction to his retirement and did you watch his last Laver Cup match?
I didn’t see the game but I think everyone expected it when he didn’t play for over a year. I was on Instagram and I suddenly saw a message from Roger and I saw: “To my tennis family…” I was like: “Okay, he’s saying goodbye to me”. It’s a bit sad but he played as long as possible.

When you participate in Challenger tournaments, do you have a lot of time for sightseeing? And if so, what is a memorable place you’ve been on the road?
When I played at the Seville Challenger, Sevilla FC were playing Barcelona and we went to watch the game. Then a few days later, on Tuesday, they played a Champions League game against Manchester City. So I watched more football in two days than in the last three years.